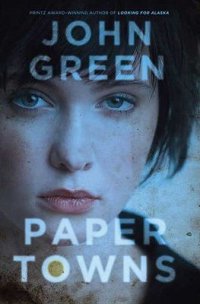 END_OF_DOCUMENT_TOKEN_TO_BE_REPLACED

Quotes from “Lock and Key”, by Sarah Dessen

Which was not as impressive as her other works.
END_OF_DOCUMENT_TOKEN_TO_BE_REPLACED

The Astonishing Adventures of Fanboy and Goth Girl 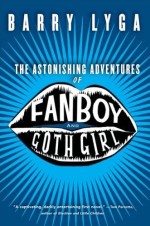 (Try to ignore the bombastic title.)

Skinny guy living in his mother’s basement, computer and comic book geek, bullied at school, convinced everyone hates him. Self-proclaimed brainiac loser and his bullet, good liar, surviving from week to week between gym classes, hoping to start over in college. Sounds familiar? Sometimes it’s good to know, there are people worse off.

With more than a fair deal of unrealistic moments (IM date, Dina) and obvious plot turns (stolen bullet, step-fascist helps, she’s at the con), this novel is only as good as its sarcastic narrator. I liked the ending a lot, though.

END_OF_DOCUMENT_TOKEN_TO_BE_REPLACED

Comments Off on The Astonishing Adventures of Fanboy and Goth Girl |

A novel which made me wonder about so many things.

Miles “Pudge” Halter, 16, decides to leave his friendless and uneventful home town and seek the Great Perhaps at an out-of-state boarding school. There he meets Chip “The Colonel”, Alaska, and Takumi, and their undying love for mischief soon introduces him to the world of smoking, drinking, and pranking. Miles notices:

The phrase booze and mischief left me worrying I’d stumbled into what my mother referred to as “the wrong crowd”; but for the wrong crowd, they both seemed awfully smart.

It’s interesting to see how Miles becomes a different person (in many ways) by associating himself with these people. But this is just the setup scene for what is about to happen, and it will leave nobody unaffected.

This is about as much as I can tell you without spoiling your reading pleasure. So you’d better stop here and read the book.